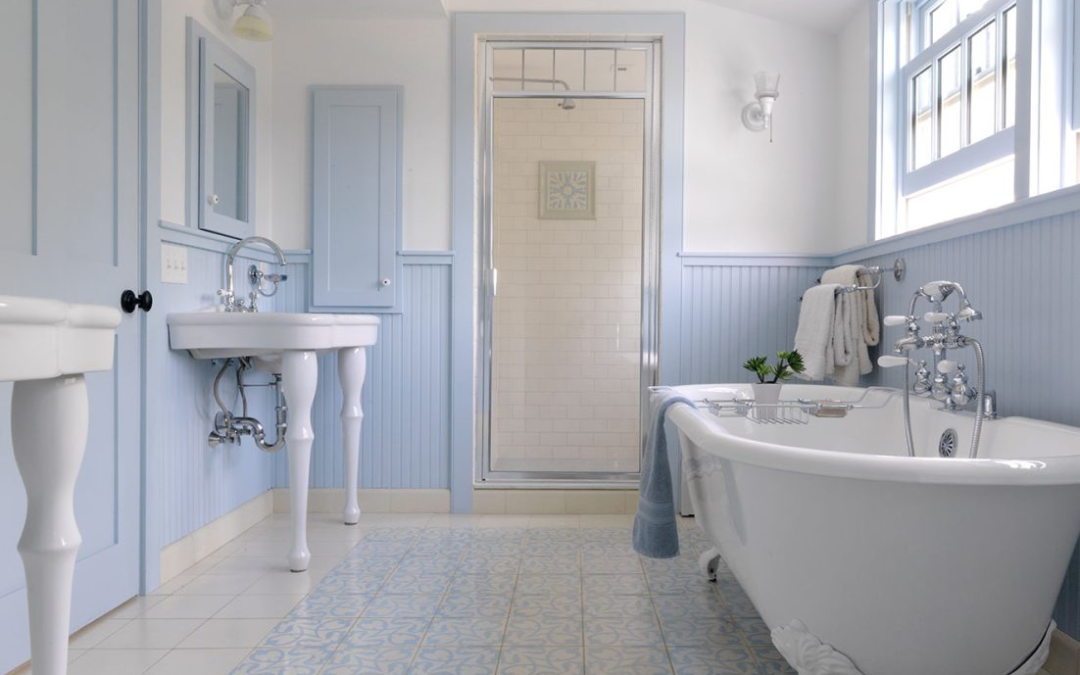 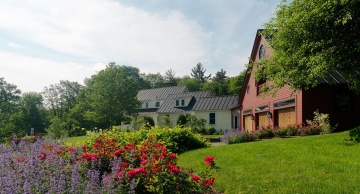 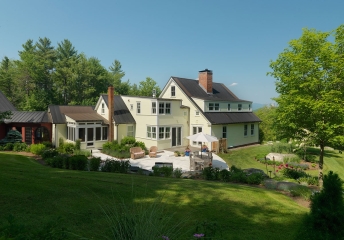 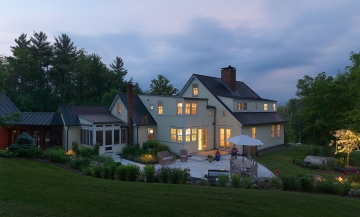 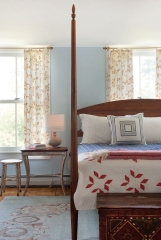 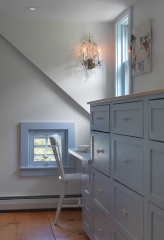 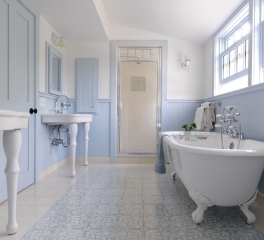 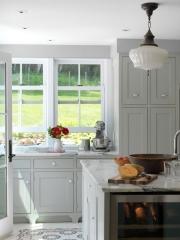 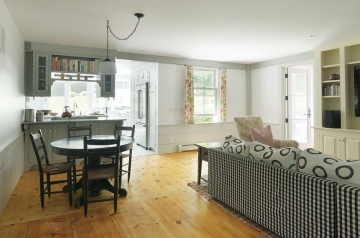 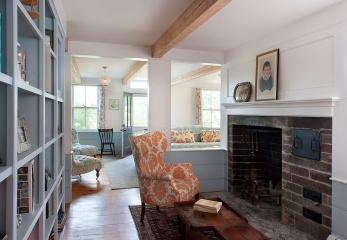 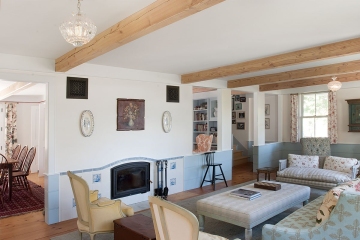 “The property is known as the Clementine Homestead; the post and beam frame of the original house was built in 1812 in southern Vermont and was moved to Richmond in 1980. Other modifications and additions were made on the house through the ‘90’s.

When the frame was moved to its current locations and reconstructed, the original plan was for it to be an inn. The original group that worked on that project, long on ideas and elbow-grease but short on funds, has said more recently that the inn idea wasn’t perhaps as well thought out as it might have been.

The approach I took to all of this work was to imagine it as if it had been done over many years several generations of handy homeowners and/or local carpenters, so that it has the look of something that has accreted into place instead of all having been done all at once and resolved into some atypical “whole”. So, the kitchen addition is detailed as if it had once been a porch that was later closed in to become the kitchen; then perhaps a bathroom was added on top, and later a bedroom to fill out the perimeter. This approach was also carried through to the interior details, so that we kept, developed – or created entirely new – a certain amount of charm throughout the house, solving small problems we would run into here and there between existing and new construction and even in the all-new construction.