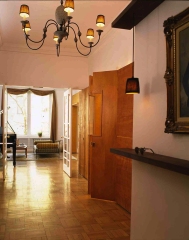 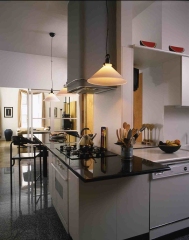 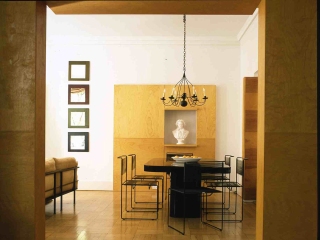 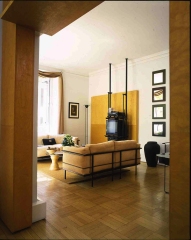 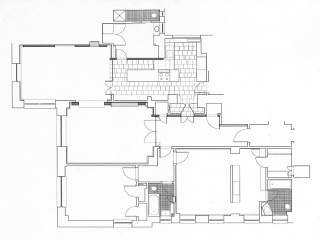 A couple with a young daughter had bought what they described as a “dump in great building.” The 2,000 square foot apartment had not had any work done on it since the thirties, with the exception of a detail-smothering number of coats of paint.

The project was to completely renovate the apartment, including a significant reconfiguration of the former kitchen/butler’s pantry area into a large open kitchen with an eat-in area. Also required were new windows, through-the-wall air-conditioners, new electrical and lighting. All the work had to be done within a fairly modest budget.

In order to satisfy the client’s request to “warm-up” the apartment from their previous (black and white) one, but maintain a modern look, a vocabulary of stained wood panels was developed that stepped away from the windows as one moves through the residence. Most of the panels incorporate (hidden) ambient uplighting, and many hide doors to closets and service doors to other rooms.